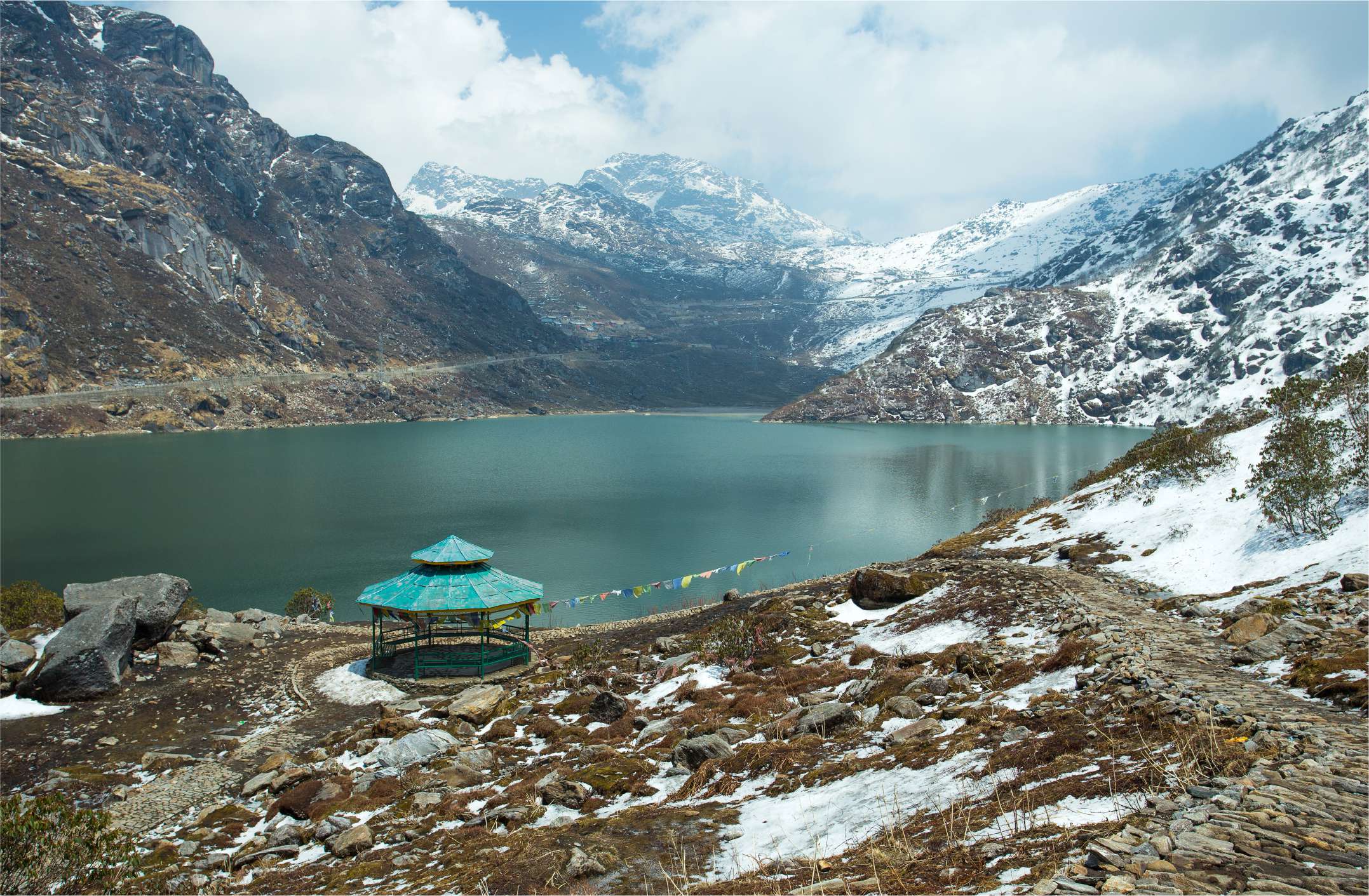 The tiny and beautiful state of Sikkim lies to the south of Tibet, sandwiched between Nepal to the west and Bhutan to the east. Measuring just 65km by 115km, its landscape ranges from sweltering deep valleys just 300m above sea level to lofty snow peaks such as Kanchenjunga (Kanchendzonga to the locals) which, at 8586m, is the third highest mountain in the world. A small but growing network of tortuous roads penetrates this rugged and beautiful Himalayan wilderness. Sikkim was its own mountain kingdom till 1975 and still retains a very distinctive personality. The meditative, mural-filled traditional monasteries of Tibetan Buddhism coexist with Hindu shrines of the ever-growing Nepali community, with both religions creating some astonishing latter-day megasculptures to adorn the skyline. Hassle-free and warm-hearted, it's a state that's all too easy to fall in love with, explaining perhaps why permit regulations prevent foreigners staying too long or going too far. Clean, green and 'all organic' since 2016, Sikkim is mostly a maze of plunging, supersteep valleys thick with lush subtropical woodlands and rhododendron groves, rising in the north to the spectacular white-top peaks of the eastern Himalaya. When clouds clear, an ever-thrilling experience from many a ridge-top perch is spotting the world's third-highest mountain, Khangchendzonga (8598m), on the northwestern dawn horizon.

Why rely on us

We provide exclusive, one of a kind custom deals for holidays and premium travel services for a smooth and hassle-free trip.

Stay tuned for special deals & updates from the world of travel